There is a scared little kid in all of us. No matter how popular and confident you think you are, at some point, you have felt bullied for just being you.

In the spirit of being the authentic me, this post is dedicated to little Katie Goldman who was teased for taking a Star Wars water bottle to her elementary school because “Star Wars is for boys.” Read a wonderful article from the CNN Geek Out blog “‘The Force’ is with you, Katie” about this little girl’s story and the internet support.

First off being a geek is awesome. And secondly, Star Wars is not just for boys. I mean let’s get real, what boy doesn’t want his own Princess Leia at home?

I’m a geek. Easily, my favorite thing to geek out about is Star Wars. I seriously heart Star Wars. I love the story, the characters, the special effects. What I really love most about Star Wars is what it’s brought to my life. It’s brought fun, new friends and joy to my life. I have made Star Wars crafts. I use Star Wars analogies in my blog posts. I have too many Star Wars t-shirts to logically choose which one to wear today. I have Star Wars trinkets strewn across my house. My favorite water glass has Darth battling Yoda on it. My iPhone even rings with the R2-D2 sounds. Oh, and I’m the only I am the only non-Star Wars character followed by the Death Star on Twitter. See it at http://www.twitter.com/death_star.

Okay, now that my geek cred has been brought, what does why should you care? You should care because life is about sharing. Furthermore, social media is about sharing. It’s about opening your kimono a little bit and letting people inside. It’s about being your authentic self, if even to a fault at times.

Sharing also means making real connections. Katie’s story has ignited a firestorm of women and men across social media who are proud of their geekiness and supporting this one little girl. We are rallying a community of like-minded people to find connections and solidarity.

Now, being a geek has some serious benefits. Here are just a few.

Being a Geek Gets You Places

I came into my geekiness pretty late in life. I have only fully owned my geek cred in the past 3 years.

I remember my first “coming out of the geek closet” statement. It was at a job interview. Yes, I could have probably picked a more opportune time to admit to myself that I was a geek. Or maybe not, I did get the job after all. In the classic question of what would your friends say about you, I said “Well…They would probably say I’m a total geek because I’m really into Star Wars.” It got a round of hearty laughs and I realized that I started wearing my geek on my sleeve.

More than being a geek, it’s about being YOU. It’s about not being ashamed or embarrassed about your passions and interests. Especially in job interviews, it’s important to share the depth of your personality. They are hiring a person, not a robot.

Being who you really are is powerful because it makes you a real person. People what to be around real people with personality. Having personality and character makes you likable. People what to know what you are interested in and what you care about. Sure, some might judge you, but most of the time you will find a comrade in geek arms that will geek-out about funny things that you both enjoy.

It’s about making connections with people. It’s about letting down your guard and letting people into your life.

Being a Geek Gets You Friends

I have met more fabulous people because of my geekiness. My husband doesn’t share my depth of Star Wars love. He appreciates it for sure and loves it because I love it, but doesn’t yearn to go to the Star Wars Celebration in costume. So I’ve created a network of Star Wars buddies who I can geek out with. I send them ridiculous Star Wars memorabilia via Twitter and Facebook. We geek out. It’s fun.

At the base, that is what friendships are. It’s about having like interests, sharing inside jokes and knowing exactly what someone means when they say “nerf herder.”

It’s Sexy to Be a Geek 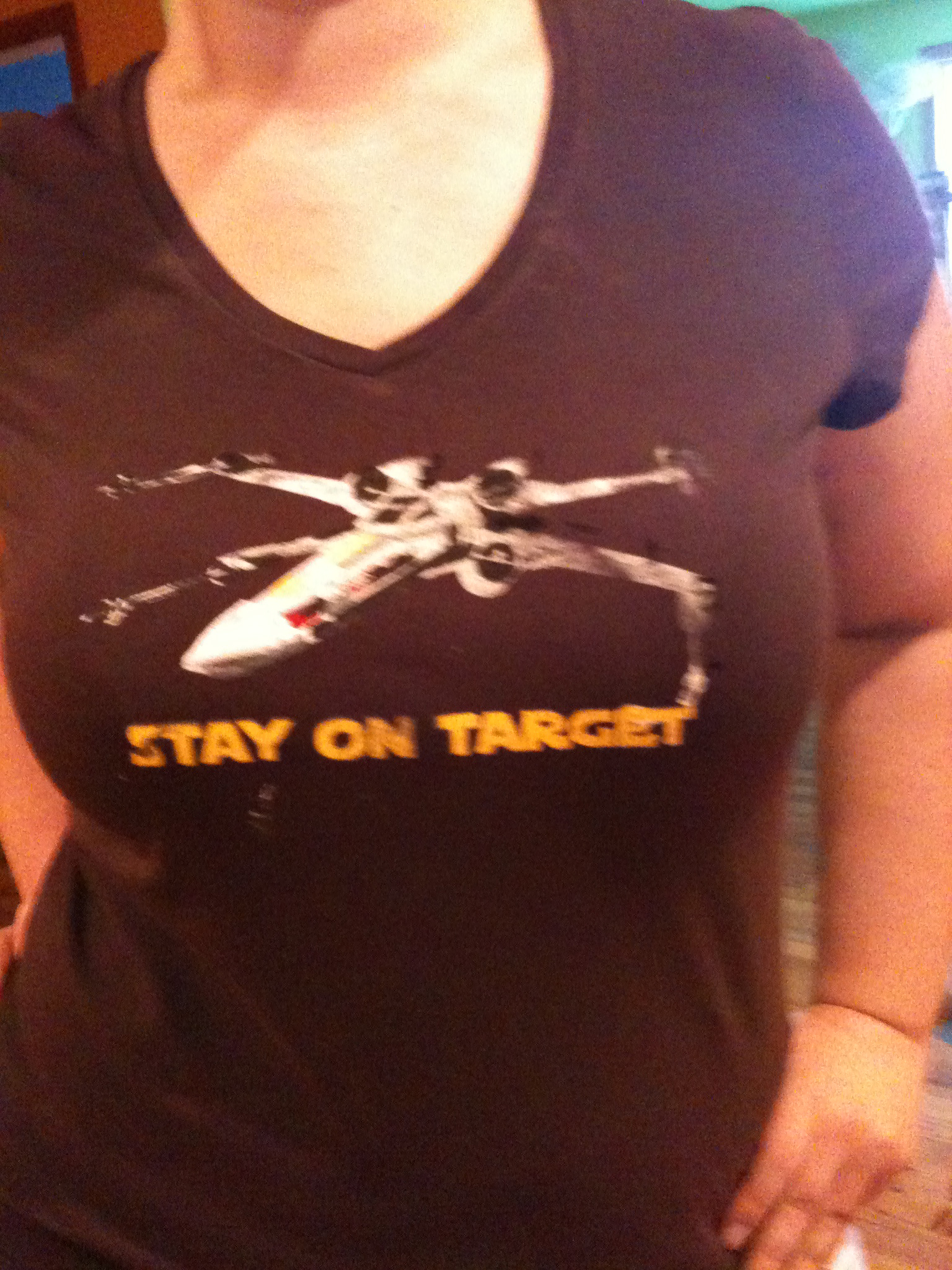 Ladies, do we really need any other reason? It is totally hot to be a geek. If you can throw down some geek cred, the men will line up. And the men lining up will be of a quality stock. They’ll be high performers at work, smart, funny and equally geeky.

The reason being a geek is sexy is because you are sharing your authentic self in a relate-able way. People know exactly what you are talking about when you say that you’d rather die than watch Star Wars: A New Hope in 3D, but you’ll probably buy a ticket anyway. Hey, what a great first date idea!

May The Force Be With YOU

Today is not really about being a Star Wars fan, it’s more about being a fan of yourself. Today take a chance and share your deep geekery with someone whether it be about cats or cooking or gardening or sports or Harry Potter. We all geek out about something.

Be the real you. You don’t know what kind of connections you can make today by sharing a little bit more about yourself.

Be authentic. Be real. Be you!

UPDATE: Oh my STAR WARS!!!! This post was included on the Official Star Wars Blog article “May The Force Be With Katie” Day. I’m included in the article wrap-up along side CNN, MSNBC and more!!! Thank you to Bonnie Burton for including me! WOOT! What an honor!

Dawn has dedicated her career to good. She brings her considerable experience and expertise to helping elevate the nonprofit sector. Before launching BC/DC Ideas in 2010, she earned her chops in 10+ years of communications leadership roles for public health, healthcare and youth-focused nonprofits. Working for nonprofits is Dawn’s dream job, and she loves that her 40+ hours a week make the world a better place.